December 7th, worship artist Dana Marie joined me and my band to perform a couple Christmas songs on 100 Huntley Street. We showed up at the studio around 7am, and had already been up for 2 hours. We knew it was going to be a long day. One of the songs was featured that same day, and the other will be aired later next week. 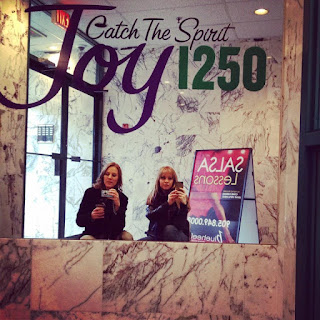 Our next stop was at Joy1250 in Oakville. We met up with program director Jim Leek, and he gave us a lovely tour and introduced us to all the staff. I have been to Joy1250 several times on the Drew Marshall Show. This past week, I also learned a friend of mine, Graham Watt, (director of Power to Change, formerly known as Campus for Christ) was interviewed on Drew's program :) I met Graham during my early years in Guelph, leading on the Campus for Christ worship team.

Our next stop was all the way to Life100.3 in Barrie, ON. The studio inside definitely has its own flair to it. Its fun, cozy, lots of energetic people working on staff.  We met briefly with Scott Jackson (station manager), Steve Jones (program director) who gave us a thorough tour, and were later interviewed by Junky Rhodes. Junky interviewed me on my upcoming single, music video, favourite places to play, and more! You can catch the interview by clicking HERE! 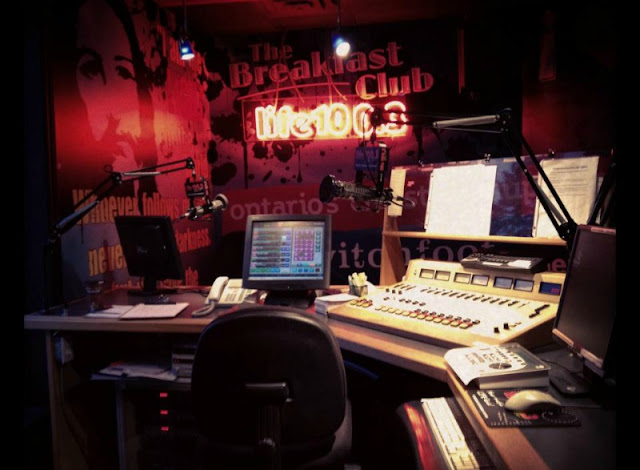 December 8th, we stopped by 94.3 FaithFm in Kitchener to be interviewed by Pat Murphy. Lots of fun and laughs on air. This is one of those stations that though it reaches a smaller demographic, the cambridge/kitchener/waterloo listeners are really loyal. They love calling in, making requests, and staying on top of concerts and contests.

December 9th we spent time with Richard DeJonge and Scott Card at InspireFm in London. Richard had pre-recorded a special greeting for Dana and I through the iPhone app, Songify. I'm sure we inspired listeners all over to do the same ;)  Talk about groovy beats. Ha. We also ended up speaking a little Dutch on air. I tried to throw down some of my Serbian heritage, but Richard and Dana adopted me into their dutch family.

Our next stop was at the headquarters of Compassion Canada. We made some more connections with the staff there, and talked about future Compassion projects. Dana will be traveling to the Dominican in January to see the work Compassion does there. You will most likely see us presenting this ministry at various locations we play.

Last but not least, it was a huge delight to visit Al Baker from UCB 89.3FM. We had a lovely chat that will be airing this coming week, along with our new Christmas single that has already been playing.

What can I say, it was a great experience to meet so many wonderful people, and connect with the faces behind the scenes. Each station runs things just a bit differently, and has their own strengths, and goals. I think sometimes within the Christian community we can take radio for granted. We think it will always be there. I do know that without listener support, it cannot run itself. Thank you to those who have been involved in supporting the arts, and radio ministry.